We try not to use the ‘B’ word in our office. There were enough excuses in the middle of the summer not to do deals. 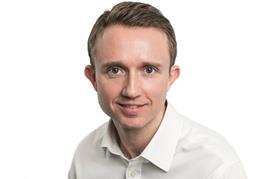 But believe it or not, the B word (yes, we are talking about Brexit here) is providing some positive news for the property industry’s most dynamic and thriving sector: sheds.

There are good reasons for positive sentiment in the shed market that have no link to Brexit. Ecommerce has been driving demand and because we all want everything immediately, warehouses need to be closer to the consumer population than ever. This is only going one way, as we all become more accustomed to ordering goods from our smartphones.

Not long ago, a company such as Adidas would undertake its internet fulfilment function from Germany to deliver to the UK consumer market direct. Now, the goods need to arrive the next day, so they need to be able to deliver from the UK. This has resulted in deals such as XPO Logistics taking 275,000 sq ft in Milton Keynes for a contract with Adidas to undertake e-fulfilment nationwide and to deliver into London the next day. This isn’t a Brexit phenomenon, but it is warehouse demand coming into the UK from mainland Europe in spite of Brexit.

So what about the direct impact of Brexit? We are seeing demand from logistics and ecommerce companies looking at taking additional space within their supply chains to ensure they can deal with the uncertainties around Brexit negotiations. It is not unreasonable to expect products to move more slowly into and out of Europe post Brexit. To give impatient consumers the same guarantee of service, it makes sense for more products to be stored within the UK.

It has just been reported that BMW needs to “mitigate the impact” of Britain leaving the EU by taking an additional 200,000 sq ft to store key components that would otherwise flow through the supply chain just in time for when they are needed. Indeed, KPMG has estimated that companies have been over-ordering by 15% to 20% since the vote. This translates into increased demand and increased take-up.

At Wrenbridge, we love sheds. We have speculatively built five schemes in the South East over the past few years and have seen occupational demand continue to flourish despite the political headwinds. We are so completely convinced of the robust growth story for the shed market in the UK that we have more than 1m sq ft of warehouse space in the pipeline.

So whether our exit from the EU is hard or soft, we are finding occupiers are using Brexit to review their real estate footprint in the UK, driving demand from those wishing to locate more facilities in the UK and creating a buying opportunity from those corporates wanting to divest their holdings in the UK. Therefore, there have been no excuses for not doing deals in the shed sector this summer.