River Island will be opening a massive new store at The Grafton.

The popular fashion brand will move into the large space currently covered in hoardings on the right as shoppers arrive through the main entrance.

River Island already has a small boutique in The Grafton, which will close when the new 9,000 sq ft shop opens later this year.

One of the high street’s best-known names, River Island will boost the fashion line-up at the centre, joining H&M, New Look, Next and Debenhams.

The new store will showcase a wider selection of the latest women’s, men’s and children’s clothing and accessories.

Frances Baker, property director at River Island, said: “The programme of improvement works at The Grafton has given us the opportunity to create a bespoke space within the refurbished centre. It will allow us to offer the best shopping experience possible to our customers in Cambridge.”

The Debenhams store at The Grafton is also undergoing significant refurbishment works to introduce its new ‘beauty hall of the future’ concept, upgrade its cafe and make improvements to the store’s layout.

The revamped department store will bring a number of new fashion and cosmetic brands to the store which will join the existing line-up at Debenhams, including Coast, Phase Eight, Monsoon, Ben Sherman, Levi’s, Clarins, Clinique, Estee Lauder and Benefit.

John O’Shea, centre manager at The Grafton, said: “The refurbishment of the centre allowed us to reconfigure the area of space formerly known as Eden Hall, to create new shop spaces, attract new retailers and improve the visitor experience.

“River Island is one of the most popular and well-known high street brands and the new shop will build on its current offering within The Grafton.

“It’s fantastic to have River Island as part of the centre’s strong retail offering and we are looking forward to its opening later this year, knowing that it will continue to be a firm customer favourite.”

The centre is undergoing a huge £28.5 million makeover with new bright and open spaces and a new food court area on the first floor near the Vue cinema and former BHS unit.

It is home to the recently opened Amelie flammekueche restaurant, which serves a delicacy similar to pizza that traces its roots back to the Alsace region on the French German border. The centre is also set to house seven other eating spots. The first floor of the old BHS unit will become a PureGym. 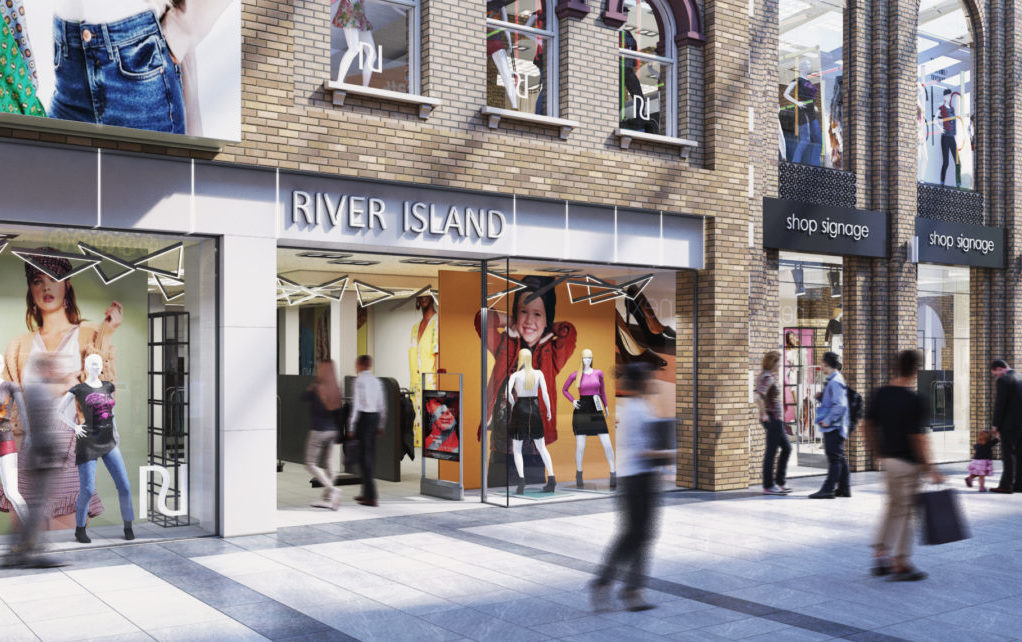